Welcome to the PS 112 Library!

Monday, September 13 - Bundle of Nerves: A Story of Courage by Mari Schuh

Friday, September 17 - If You Ever Want to Bring an Alligator to School, Don’t! by Elise Parsley

Monday, September 20 - The Not So Quiet Library by Zachariah Ohora

Wednesday, September 22 - Where is our Library? by Josh Funk

Thursday, September 23 - LIVE FROM 1-310! Nia and the New Free Library by Ian Lendler

Monday, September 27 - All Are Welcome by Alexandra Penfold

Wednesday, September 29 - Ling and Ting: Not Exactly the Same by Grace Lin

Thursday, September 30 - #BeWhoYouAreDay LIVE FROM 1-307! Be Who You Are by Todd Parr

Friday, October 1 - It's Okay To Be Different by Todd Parr and Interview with Dr. Engel!!!

Tuesday, October 5 - Waiting for the Biblioburro by Monica Brown

Thursday, October 7 - LIVE FROM 1-305! If Dominican Were A Color by Sili Recio READ IN SPANISH AND ENGLISH

Wednesday, October 13 - My Language, Your Language by Lisa Bullard

Friday, October 15 - Do You Speak Fish? by DJ Corchin and Interview with Ms. Lindsay!!!

Monday, October 18 - Are You Ready for Fall? by Sheila Anderson

Monday, October 25 - Halloween by Josie Keogh and J is for Jack-o-Lantern: A Halloween Alphabet by Denise Brennan-Nelson

Thursday, October 28 - LIVE FROM 1-204 Petal and Poppy and the Spooky Halloween by Lisa Clough and Ed Briant

Wednesday, November 10 - The Little Engine That Could by Waddy Piper

Friday, November 12 - Pete the Cat’s Groovy Guide to Kindness by Kimberly and James Dean and Interview with Ms. Salazar!!!

Monday, November 15 - All Around the World: Japan by Jessica Dean - Happy Sichi-Go-San!

Monday, November 22 - When We Were Alone by David A. Robertson - Cree

Wednesday, December 1 - Lights of Winter: Winter Celebrations Around the World by Heather Conrad

Friday, December 3 - What is Light? by Markette Sheppard and Ray by Marianna Coppo

Monday, December 6 - On A Beam of Light: A Story of Albert Einstein by Jennifer Berne and Interview with Ms. Garcia!!!

Tuesday, December 7 - Sun!: One in a Billion by Stacy McAnulty

Wednesday, December 15 - I Am Peace by Susan Verde

Friday, December 17 - Together for Kwanzaa by Juwanda G. Ford - Joyous Kwanzaa (in advance)!

Monday, January 3 - Bad Kitty Does Not Like Snow by Norman Bridwell and Max and Mo Make a Snowman by Patricia Lakin

Thursday, January 13 - I Have A Dream Read and Listen by Dr. Martin Luther King Jr. and I Am Brave by Brad Meltzer

Friday, January 14 - Be A King: Dr. Martin Luther King Jr.’s Dream and You by Carole Boston Weatherford and When We Say Black Lives Matter by Maxine Beneba Clarke

Wednesday, January 19 - How To Catch a Unicorn by Adam Wallace and Unicorn Day by Diana Murray

Friday, January 21 - Fairies are Real by Holly Hatam and Tallulah The Tooth Fairy by Tamara Pizzoli

Tuesday, January 25 - Megan Rapinoe: Making a Difference as an Athlete by Katie Kawa

Thursday, January 27 - Salt in His Shoes by Deloris Jordan

Tuesday, February 8 - I Am Jackie Robinson by Brad Meltzer Part 1

Wednesday, February 9 - I Am Jackie Robinson by Brad Meltzer Part 2

Friday, February 11 - Sisters and Champions: The True Story of Venus and Serena Williams by Howard Bryant

Monday, February 28 - Black is a Rainbow Color by Angela Joy

Wednesday, March 9 - A Girl Like Me by Angela Johnson and The Girl Who Never Made MIstakes by Mark Pett

Monday, March 14 - Different: A Great Thing to Be by Heather Avis

Tuesday, March 15 - Parker Looks Up by Parker Curry and Jessica Curry and Be You by Peter H. Reynolds

Thursday, March 17 - It’s St. Patrick’s Day by Richard Sebra and Pete the Cat: The Great Leprechaun Chase by James Dean and How To Catch a Leprechaun by Adam Wallace - HAPPY ST. PATRICK'S DAY

Thursday, March 24 - On A Snow Melting Day by Buffy Silverman and The Boy Who Didn’t Believe in Spring by Lucille Clifton

Monday, March 28 - I Don’t Want to Read This Book by Max Greenfield

Thursday, April 7 - The Earth Book by Todd Parr and One Plastic Bag by Miranda Paul - HAPPY EARTH DAY (ahead of time)!

Friday, April 8 - All That Trash by Megan McCarthy - HAPPY EARTH DAY (ahead of time)!

Wednesday, April 27 - Kiyoshi’s Walk by Mark Karlins and And The People Stayed Home by Kitty O’Meara and Together by Mona Damluji - Happy National Poetry Month!

What books and eBooks are available in the PS 112 library? Click here to access our library catalog!

Why are school libraries so essential?

Why are school libraries so important? Click here to find out! 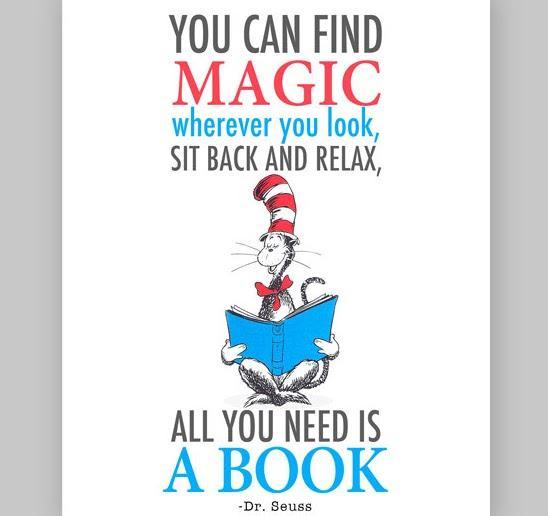